The prize is administered by UBC Library and the Pacific BookWorld News Society.

If you wish to honour Basil’s memory and support the award, please click here for more information. 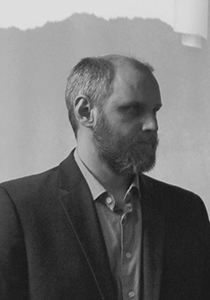 Gregory Betts, Finding Nothing: The VanGardes, 1959-1975. University of Toronto Press.

Published by University of Toronto Press, Dr. Betts’ book is an incisively written, compellingly argued, and wide-ranging look at Vancouver’s cultural life from 1959 to 1975. Through this book, Dr. Betts advances a strong claim that Vancouver was a key site for the cultural transformations spreading across English Canada at that time.

Dr. Betts is a poet, editor, essayist and professor in the Department of English Language and Literature at Brock University in St. Catharines, Ontario. Born in Vancouver and raised in Toronto, he has taught literature at four different universities in Canada and Germany. He has published five books of poetry, edited five books of experimental Canadian writing, including Avant-Garde Canadian Literature: The Early Manifestations. He is currently President of the Association of Canadian College and University Teachers of English. 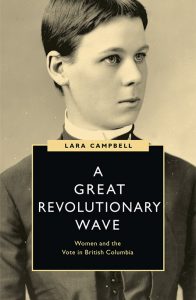 Dr. Campbell is a professor in the Department of Gender, Sexuality, and Women’s Studies at Simon Fraser University where she currently serves as Associate Dean of Undergraduate Programming, Teaching and Learning, and Student Experience. 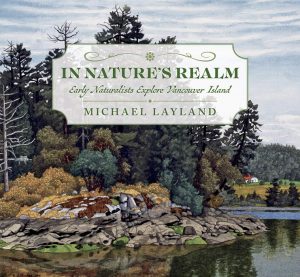 Published by Touchwood Editions, Layland’s book explores the richly diverse flora and fauna of Vancouver Island through the records of explorers, settlers, and visitors, and with due respect to the wealth of Indigenous traditional knowledge of the island’s ecosystems.

Trained as an officer and mapmaker in the Royal Engineers, Michael Layland was president of the Victoria Historical Society, the Friends of the BC Archives, and is an amateur naturalist. 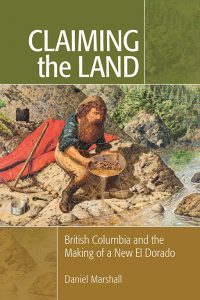 Published by Rondsale Press, Marshall’s book is a carefully researched narrative of the 1858 Fraser River Valley gold rush that enriches our understanding of that pivotal period in British Columbia and the geopolitical forces at play.

Dr. Daniel Marshall is an adjunct assistant professor at the University of Victoria. He is also the author of Those Who Fell from the Sky: A History of the Cowichan Peoples, which received a BC2000 Millennium Award. Dr. Marshall serves as a Special Advisor on gold rushes to the Royal BC Museum. 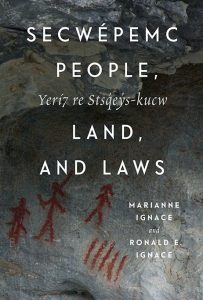 Published by McGill-Queen’s University Press, the book is a model of collaborative approaches to Indigenous history. Drawing on Aboriginal sources and the work of outside experts, it masterfully integrates oral histories and ‘western’ scholarship. 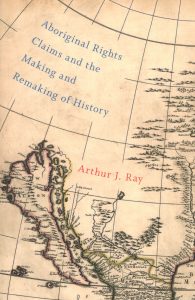 This authoritative, masterfully-written examination of land claims litigation between indigenous peoples and the settler societies of the United States, Canada, Australia, New Zealand, and South Africa powerfully demonstrates the important role proceedings in British Columbia played in events of global significance. Ray points out the critical place court processes in the province had in the validation of oral evidence as a viable form of proof and authentication. He traces the development of protocols that help ascertain pre-contact territorial boundaries and allow the character and extent of pre-contact resource use to be understood and recognized. Ray shows us how these processes contribute to an enrichment of judicial, political, and scholarly activity around the world. This book models the fashion in which occurrences in particular societies can be seen to have general importance and wide impact. 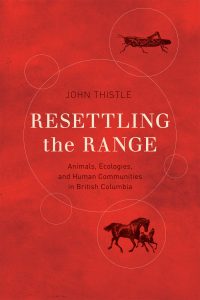 The British Columbia interior, particularly its grasslands, has not received the attention its historical importance merits. John Thistle’s innovative study paints a graphic, compelling picture of the occupation of the Cariboo-Chilcotin region by newcomers, mainly ranchers. Their imperatives, which their economic and political authority allowed them to enforce, particularly in respect to wild horses and grasshoppers, profoundly altered the ecological balance of the grasslands, often to the detriment of the indigenous peoples living there. This well constructed, clearly written, and persuasive book makes an important contribution to our understanding of an overlooked aspect of British Columbia’s past.

Winner: French Canadians, Furs, and Indigenous Women in the Making of the Pacific Northwest by Jean Barman. Vancouver, BC: UBC Press. 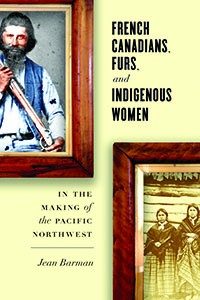 Centering on the French Canadian presence in the Pacific Coast’s post-contact, fur trade-based life, paying detailed attention to the fashion in which that presence was strengthened and sustained by connections with indigenous women and the family formations those connections produced, and placing strong stress on the Pacific Northwest’s pre-international boundary context in which these interrelationships took form. Strongly grounded in little-consulted archival sources, possessing a critically important orientation towards both individual histories and the history of groups, and marked by an incisive orchestration of its notation and themes, it stands as a major transmitter of new information as well as a powerfully-structured agent of new ways of seeing the significance of the French Canadians in the making of British Columbia. 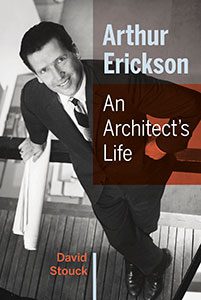 Arthur Erickson’s life was a saga of contrasts and contradictions. An architect of international reputation, he was “Canada’s national treasure as a designer” who, at the height of his career, went spectacularly bankrupt despite lavish financial support from his admirers. He was a creator and, for new buildings, “his proposal [was] always more than you anticipated,” but he could not be bothered with either the mechanics of construction (such as leaking roofs), the mundane administration of an office, or financial restraint. Erickson partied with the international jet set but spent much time alone in a converted garage in Vancouver. David Stouck’s study, based on exhaustive research, details in well-written prose the manifold contrasts and contradictions. While some may question Stouck’s restraint in passing judgment, others will appreciate the author’s success in maintaining respect and even affection for Erickson despite the damning evidence that is presented. 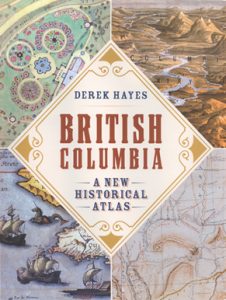 Print is often considered to be the indispensable means of conveying knowledge and understanding, but images are an equally effective if underappreciated way of doing so. Maps can be said to combine the best of visual and print, conveying the reality of both our current surroundings and those existing before we were born. Derek Hayes employs a wide range of maps, photographs, prints and drawings to take us into the sometimes vanished worlds of British Columbia from pre-contact through the 20th century.  Often in colour and always arresting, the images are explained and placed in context by textual annotations and an intervening text. Hayes makes a welcome contribution to our understanding of the nature and the development of our province.

Basil Stuart-Stubbs made a lasting contribution to the University of British Columbia and to scholarship, as well as the broader world of Canadian writing and publishing. His multi-faceted career at UBC included serving as:

As well as being a leading advocate for the establishment of the Public Lending Right for Canadian authors, Basil took particular interest in the production and distribution of Canadian books. His significant accomplishments include:

Basil Frederick Stuart-Stubbs, the eighth University Librarian at UBC, passed away on May 29, 2012. He was 82.

After his passing, many tributes were published, including “Basil Frederick Stuart-Stubbs: bibliophile, scholar, librarian” by UBC Library,  “He made books and writers a priority” in the Globe and Mail, “Basil Stuart-Stubbs: 1930-2012″ in Quill & Quire and “Remembering Basil Stuart-Stubbs” in ABC Bookworld.